Symbol of the Conero Riviera in Sirolo 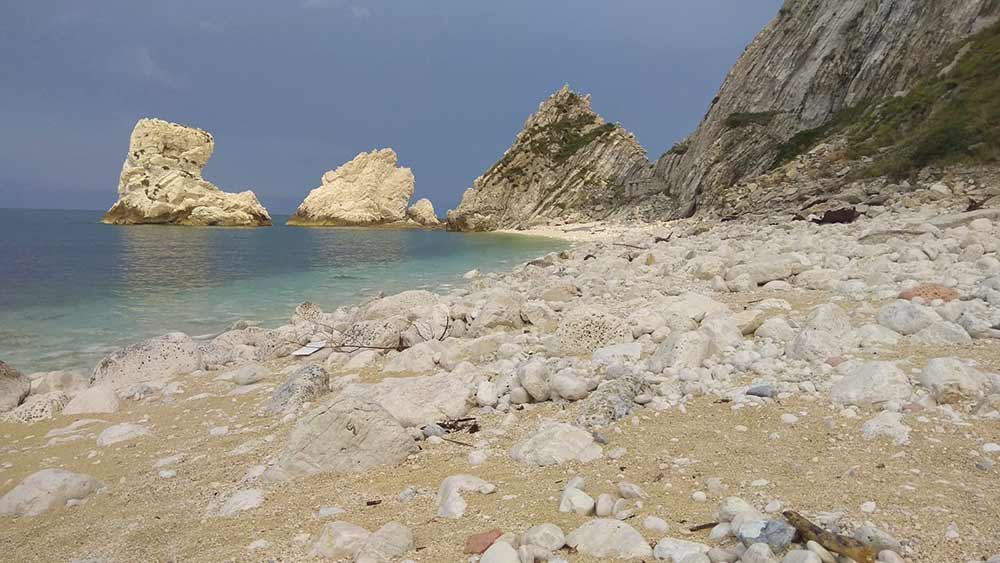 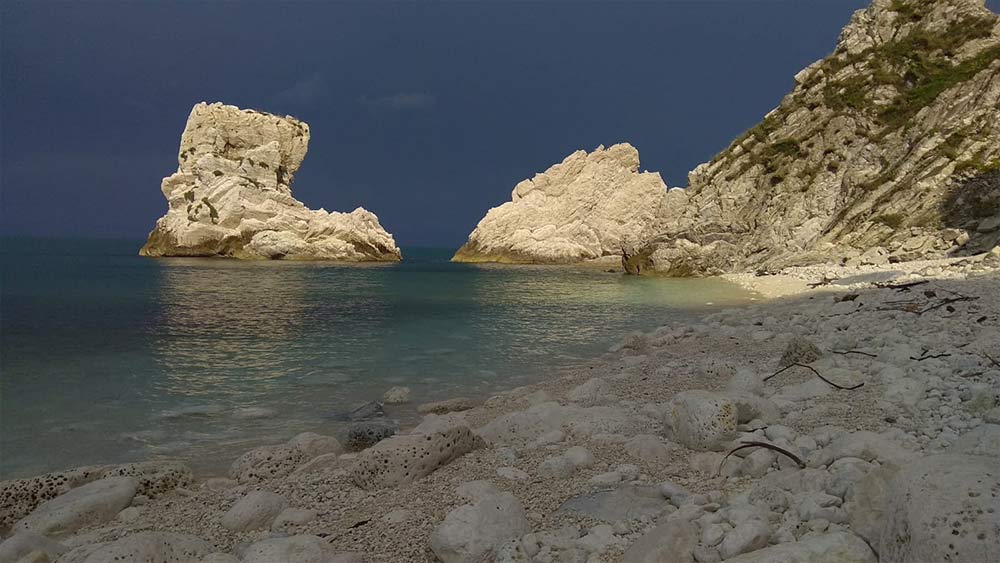 The beach that you look at it in winter or in summer can always give you unique emotions. 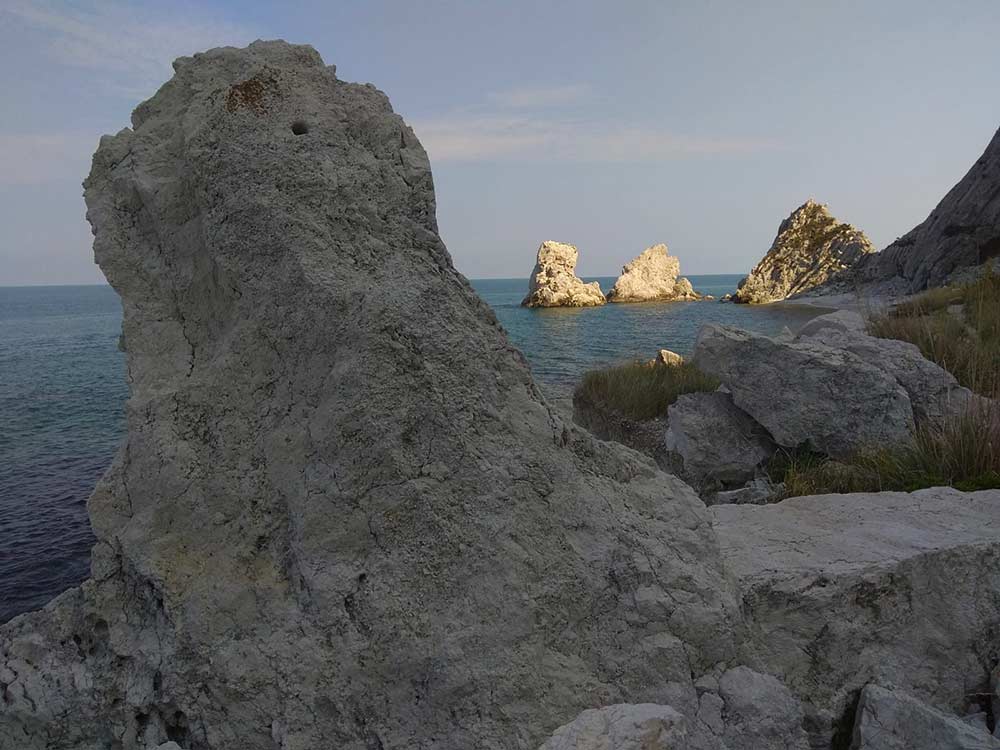 Composed of a small sandy beach covered with rock of Monte Conero and destination not only for bathers but also for hikers and nature lovers and sports lovers between Canoeing and Sup.
Beach not easy to reach via the Passo del Lupo (Path for Experts):

But you can more easily reach by ferry service (Only during the summer) at the price of: Adults 25 € children up to 8 years 15 € under 3 years free from the tourist port of Numana; or more sportily via Canoa or Sup, which in the area between Sirolo and Numana is possible to rent at reasonable prices. 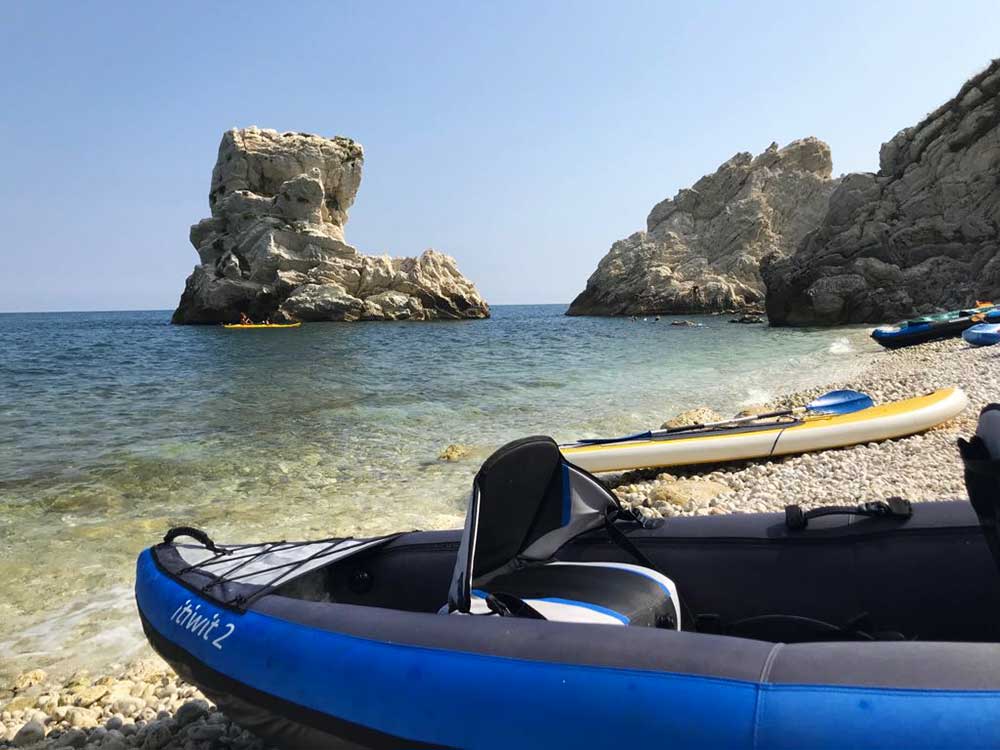 The crystal clear sea can give the passion for swimming and for lovers of underwater fishing (feasible in the period allowed) rich in fauna, including Orate, Spigole, Lecce and Serra (New Arrivals). 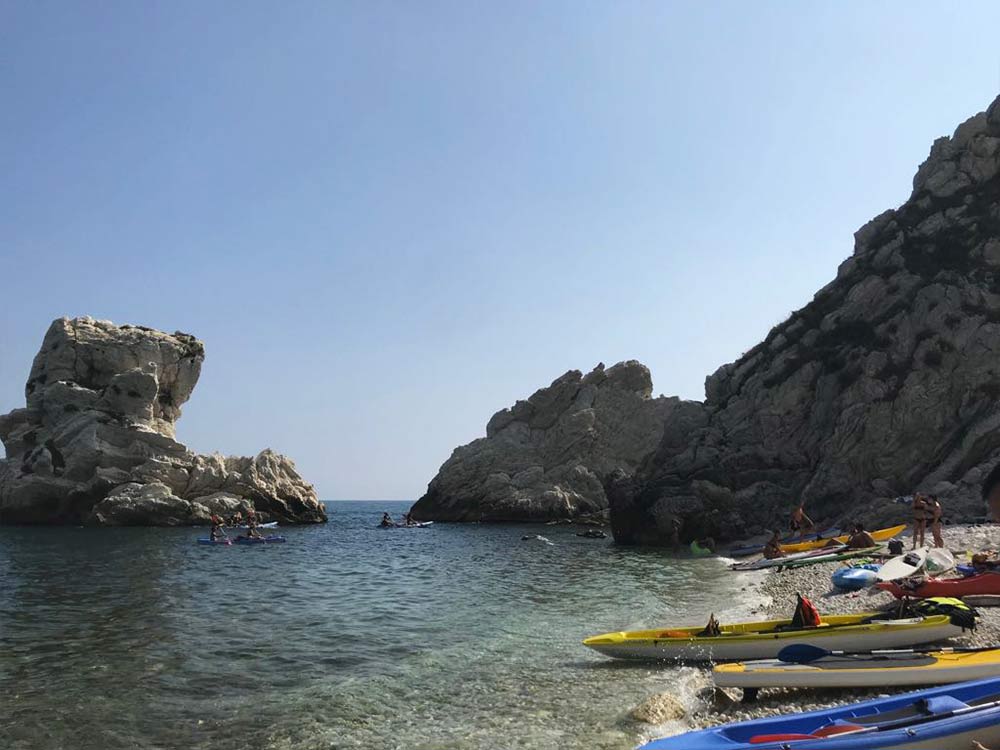 A beach that conquers the heart of those with difficulty or just passing through can interpret every rock and its unmistakable rocks called the two Sisters.

The legend tells: the most curious and that of the Siren, which attracted with its seductive song the sailors inside the cave of the slaves, where the poor were imprisoned.
Ally of the wicked Siren was a Marine Demon, who for his misdeeds was turned into stone and divided into two: the two Sisters.